The leichte FeldHaubitze 18M, was the second iteration of 10.5cm howitzer LeFH 18 used in the Wehrmacht. It was used on all fronts, from 1941 to the war’s end in 1945. This gun was particularly effective, and even in some cases, was used in an anti-tank role.
This model includes several unique features: 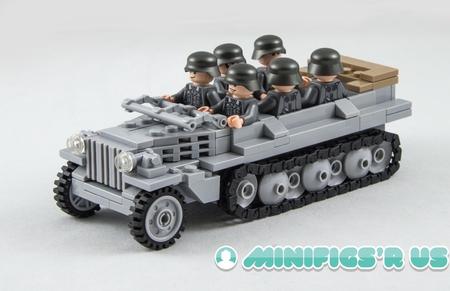 The Sd.Kfz 10, produced from 1938 until the end of the war, was a light-weight yet widely-used half track. About 14,000 of these vehicles were produced in multiple configurations, and even more were made to provide chassis' for several more German armored vehicles.
This model includes several unique features: 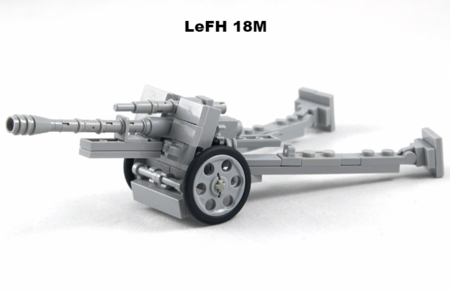 Debuting in 1932, the 7,5 cm leichtes Infanteriegeschütz 18 was used throughout the entire war and then some. It was deployed in an infantry support role and was easily manned by a crew  of 5. Over 12,000 were built, a testament to the effectiveness of the weapon.
This model includes several unique features: 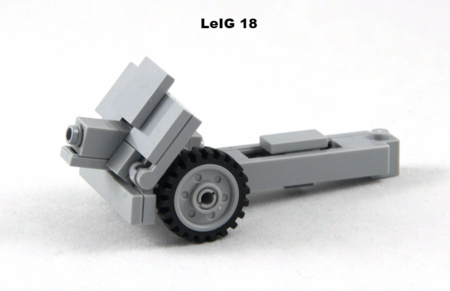